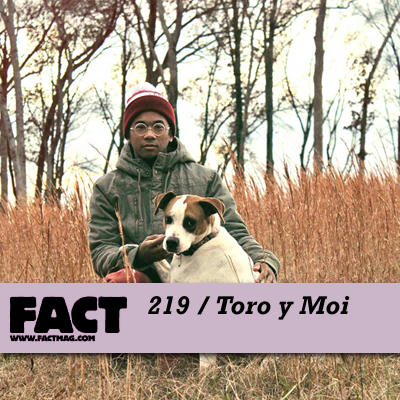 Toro y Moi is a bit of a hero here at FACT, and not just for his music. The filter-heavy, daydreamed pop music of last year’s Causers of This found him grouped in with the “chillwave” sect of post-Ariel Pink bedroom artists, but whereas most of his contemporaries revel in the safety of washed out, faux-Polaroid style press shots, Toro y Moi wears amazing clothes, has an awesome dog, and isn’t afraid to show it off in high definition. Fuck you tumblr, Toro’s aiming for GQ.

And as the music so far leaked from his forthcoming second album, Underneath the Pine, appears to prove, Toro’s music contains got lasting power way beyond that of trends. Recent cuts like ‘Still Sound’ and ‘New Beat’ identify him as one of the most natural songwriters to have emerged in the past few years, while recently inaugurated dance project Les Sins invites fans to meet another side of Toro; one also explored in his FACT mix, which features the likes of Motor City Drum Ensemble, Mount Kimbie and Harald Björk.