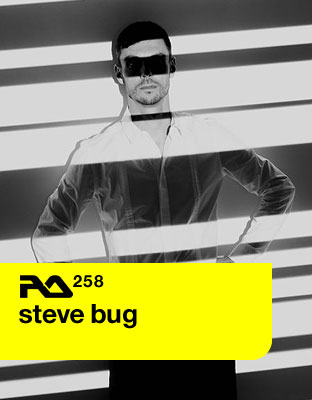 Back in August 2010 we asked Steve Bug what the unifying idea behind his long-serving Poker Flat was. „I think in a way it is a love for the sounds of early Detroit and Chicago house,“ he said. Never was that more explicit on the label’s Forward to the Past compilation which was released last month. Producers like Deetron, Redshape and The Revenge were asked to indulge in their own love of circa ’85-’92 dance music, producing original compositions befitting of the era. Bug has been involved in the scene long enough to remember these sounds from the first time around. He was among the original pool of German house DJs, plying his trade from his hometown of Bremen and latterly Hamburg. It was during the minimal boom of the mid-’00s that Bug began to truly receive widespread international recognition, though. By this stage the Poker Flat family had grown to include the Dessous and Audiomatique labels, enabling Bug to release and revel in all different shades of four-four indebted house and techno.

And his mix for us? We need say no more than late ’80s house music.