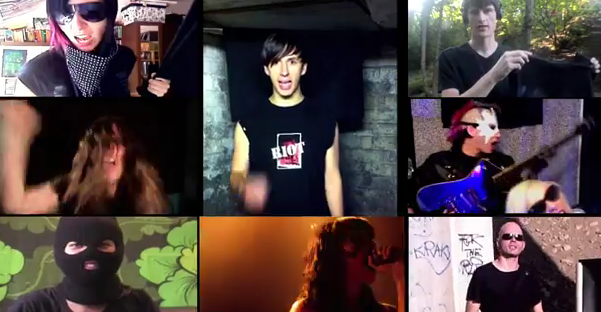 „So we came up with this concept for the Black Flags video and it was pretty rad, but when members of the legendary hacker group Anonymous got in touch because they wanted to participate, the whole thing went from DIY punkrock to super awesome. Some snobbish journalists didn’t understand what we were talking about on the new album. Since the London riots and San Fransisco BART operation, it’s different. The video contains only footage that fans, friends and Anonymous send us. People did the black flag corpsing/Silent protesting in the weirdest places. In front of nuclear powerplants, in shopping malls, in places that are not allowed for the public. This is the first edit, this video will never be finished really. We keep adding more clips from fans. Get involved! „