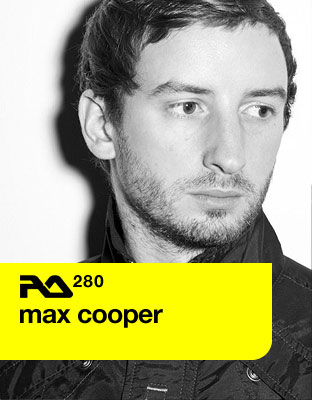 It seems somehow clumsy to say it, but the defining feature of Max Cooper’s music is melody. And glitch. But mainly melody. The UK artist has been DJing since the late ’90s, turning his hand to production around the middle of the ’00s as a way of generating more bookings. It worked. Cooper has produced music for a number of European labels since making his entrance, although Cologne’s Traum Schallplatten has by far been his preferred home: No less than ten releases bearing his name have seen the light of day over the last couple of years, including soaring club hits such as „Harmonisch Serie.“ This prolific form has translated to Cooper’s live show, in which he regularly twists out his material from Ableton and an APC40 for up to two hours.