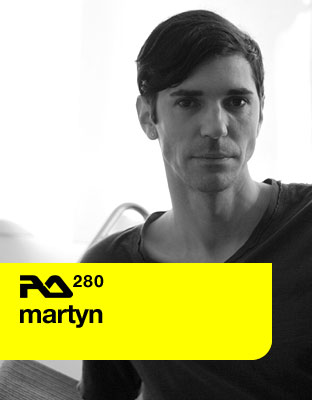 Martyn – RA.280 by Podshot on Mixcloud

Martyn played both Berghain and Panorama Bar this past weekend. What’s so special about that? Well, when you consider that one set was live at Sub:stance—bastion of bass music—on the Friday, and the other was a Sunday evening DJ session as part of Panorama Bar’s weekly house music throw-down, then you start to get a sense of his music’s inherent versatility. Martyn was among the first to make explicit the links between UK bass music and Berlin/Detroit techno through works on his own 3024 imprint, Apple Pips and Hessle Audio, and cemented this MO on his superlative 2009 debut album, Great Lengths. He was invited to mix the fiftieth instalment in the fabric series the following year, which in itself was a point of discussion along similar lines („A dubstep DJ mixing a fabric CD?“). The follow-up to Great Lengths dropped this week and it actually sees Martyn in his most straight-up form yet; an album the man himself describes as a return to his early love affair with Chicago and Detroit.