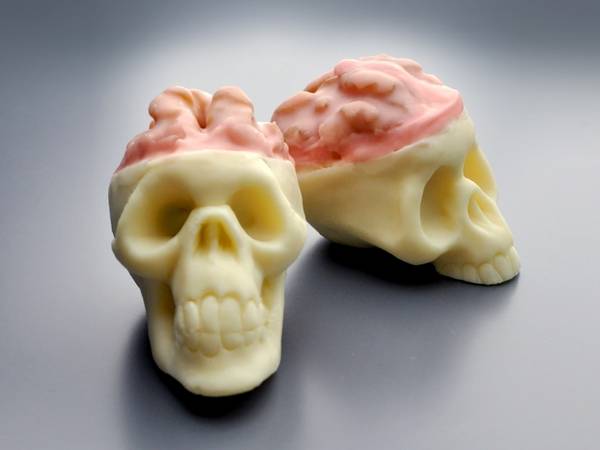 I wanted to create a Halloween treat for adults. Something not to be gobbled, but savored. As a kid, I thought shelled walnuts looked like tiny little brains. This gave me an idea: What if I coated them with candy for Halloween? I envisioned eating handfuls of tiny candy brains…laughing maniacally. That could be fun, but if they were placed in miniature edible skulls, it would really put them over the top. If those skulls were white chocolate… Well, now we’re talking!