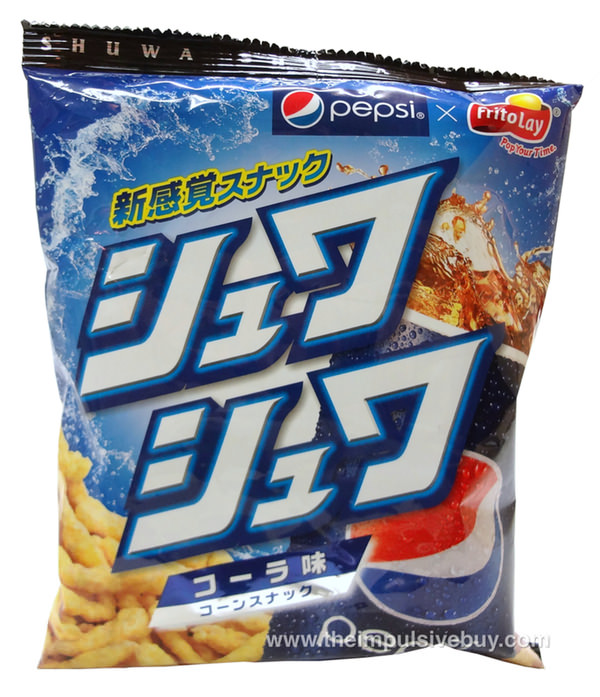 In these snacks the cheese powder has been replaced with a cola powder that is disturbingly not brown. The first sensation, which I did not expect, was a very acidic bite. It’s very citrusy, almost sour. And it hits hard. It tries to capture the citrus notes of Pepsi, but it’s over the top. Too lemony. The sweeter cola flavor is there but it’s subtler and overpowered by the intense citrus. The flavors are very distinct and don’t really ever mesh well together. But they do linger in the mouth for quite a while to leave you with a weird, marginally accurate, if lemony, Pepsi aftertaste. The corn puff tastes like it should. It doesn’t do a lot besides acting as a vehicle, which is good because there is already a lot going on.