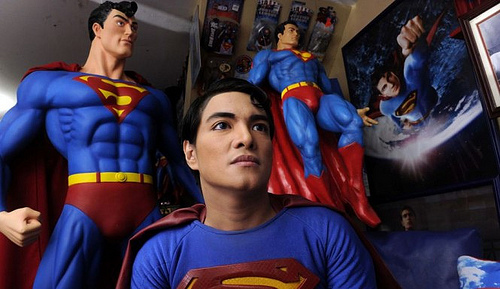 An avid Superman fan has taken his obsession with everyone’s favorite superhero to the next level. Herbert Chaves, aged 35, originally from the Philippines, has undergone 19 surgeries at a cost of over $7,000. This is so that he can look exactly like his childhood idol. […]

The Superman fan spoke to reporters about his experience with looking so similar to his idol: “I feel like a Superhero whenever I pull on the costume, but my mission is not to save the world but to help in my own small way and bring a smile to the faces of local children.” he continued: “I don’t have any regrets at all. People come up to me in the street all the time and want their picture taken with me,” confirming that: “They are all really excited to see a real-life Superman in the Philippines.”

Superman Fan Had 19 Surgeries To Look Like Clark Kent