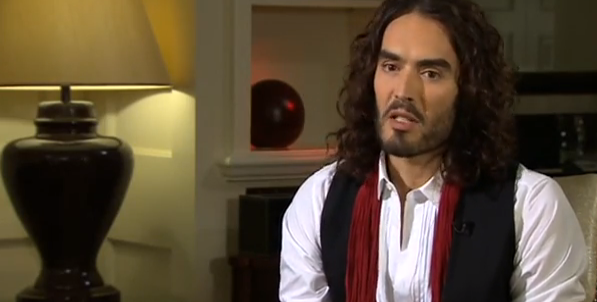 Hear you this, regular New Statesman reader, browsing with irritation that the culture of celebrity has just banjoed the arse of another sacred cow and a Halloween-haired, Sachsgate-enacting, estuary-whining, glitter-lacquered, priapic berk has been undeservedly hoisted upon another cultural plinth, but – young people, poor people, not-rich people, most people do not give a fuck about politics.

They see no difference between Cameron, Clegg, Boris, either of the Milibands or anyone else. To them these names are as obsolete as Lord Palmerston or Denis Healey. The London riots in 2011, which were condemned as nihilistic and materialistic by Boris and Cameron (when they eventually returned from their holidays), were by that very definition political. These young people have been accidentally marketed to their whole lives without the economic means to participate in the carnival.

Russell Brand on revolution: “We no longer have the luxury of tradition