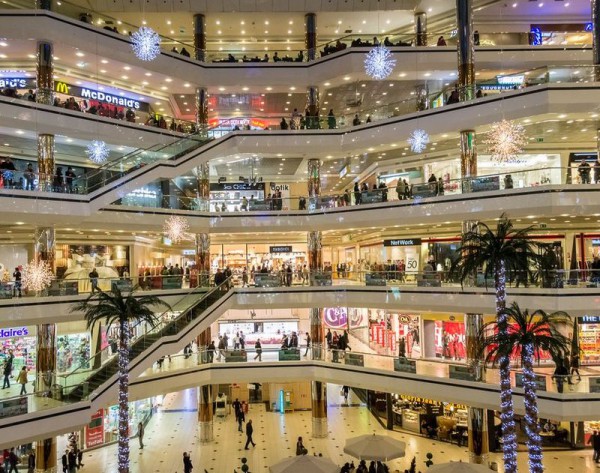 A man has jumped to his death after a serious fight with his girlfriend, who insisted on continuing shopping after five hours of browsing stores.

After five hours of laborious shopping, Tao insisted on going home but his girlfriend refused.

Witnesses said the couple could be heard having a furious row about having more bags than they could carry, but the man’s girlfriend insisted on visiting another shop which had shoes on special offer.

An eyewitness is quoted as having said: „He told her she already had enough shoes, more shoes that she could wear in a lifetime and it was pointless buying any more.
„She then started shouting at him accusing him of being a skinflint and of spoiling Christmas, it was a really heated argument.“
The row finished with the man throwing the many bags to the floor and jumping from a mall balcony.
He fell seven floors, colliding with Christmas decorations on the way, and caused panicked shoppers on the ground floor to flee in horror.

A spokesman said: ‚His body was removed fairly quickly. He actually landed on one of the stalls below and then fell to the floor so although the store was damaged it meant he didn’t hit anybody.
„This is a tragic incident, but this time of year can be very stressful for many people.“