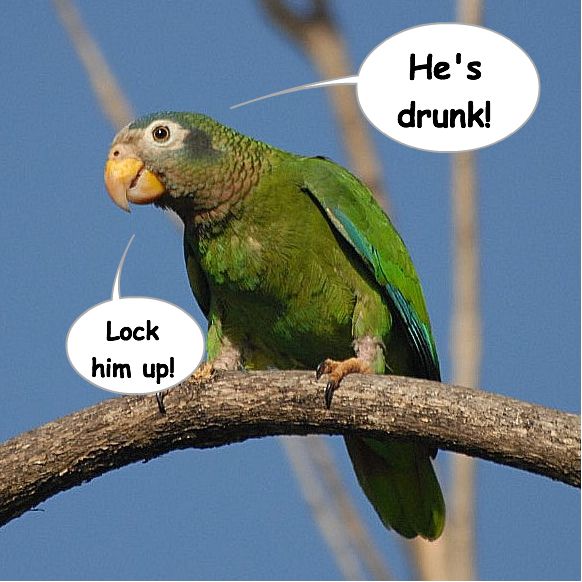 Guillermo Reyes was driving home from a bar in Mexico City when he encountered a DUI roadblock. When police talked to him, they heard a voice from inside the car saying, „He’s drunk! He’s drunk!“ They shone a light into the car, but there were no other passengers, just Reyes‘ parrot. Apparently he’d heard people say that phrase enough to learn it. The cops gave Reyes a Breathalyzer test, and concluded that he was, indeed, driving while impaired. Reyes was sent to the drunk tank overnight, and the parrot was allowed to accompany him. The original story is in Spanish at El Universal.