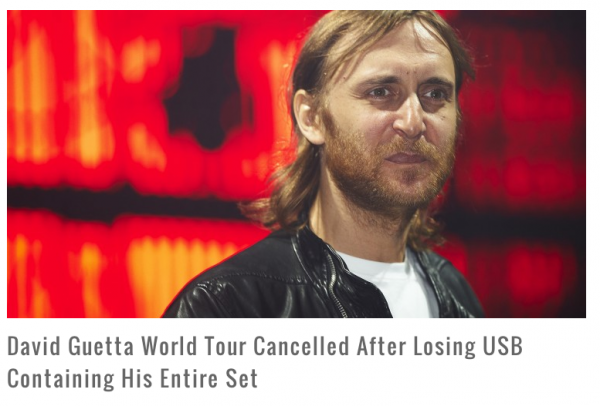 Just minutes before taking to the stage for the first night of his new world tour, “Guetta Life”, David Guetta sensationally announced that he was cancelling the event due to having lost the USB stick which contained his entire set.

Mr. Guetta’s management quickly apologised to all his fans, however all four of them who showed up for the event were said to be massively disappointed with some of them having took the afternoon off from school and rode all the way there on their bikes.

The event has been described as a “cataclysmic fuck-up of spectacular proportions akin to the time Janet Jackson ‘accidentally’ got her tit out at half time of the Superbowl except featuring less nipple piercings” by certain areas of the press. Most notably, us.