„A statue of Vladimir Lenin has returned to a Polish town which was constructed by the communists in the hope of it becoming a proletarian bastion. But instead of striking a dramatic pose designed to inspire revolution, the new Lenin statue in Nowa Huta comes bright green in colour, and depicts the revolutionary leader relieving himself, with a water feature providing the necessary effects.Poland’s post-war communist government built the industrial town of Nowa Huta as a socialist tonic to subdue the intellectual influence of the nearby city of Krakow, and it once boasted a huge statue of the Russian leader striding down a main boulevard. To the government’s dismay, however, rather than becoming a shining example of one-party progress, Nova Huta’s workers resisted attempts to make them die-hard socialists, with some even trying to blow up the original Lenin statue in 1979.“ 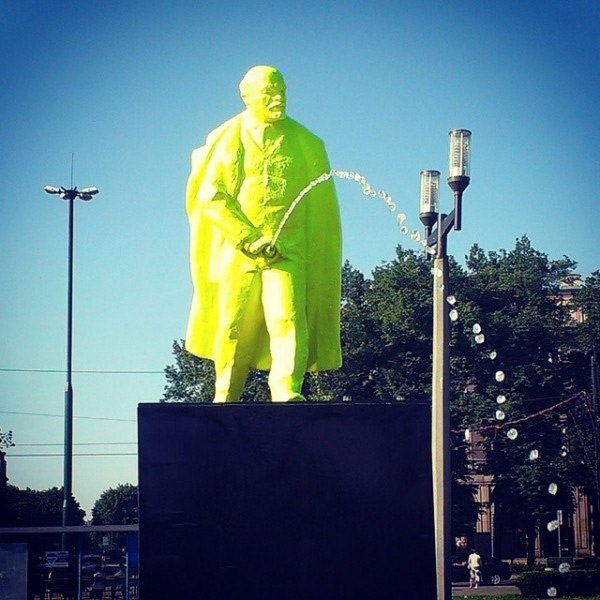 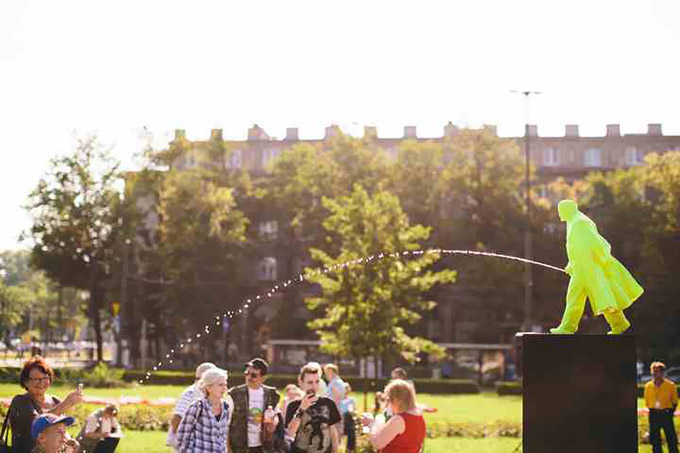