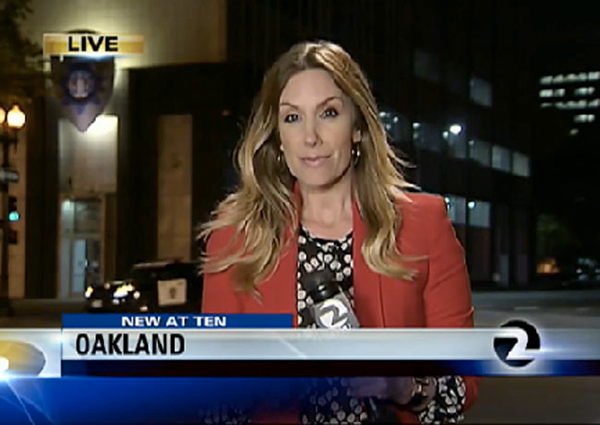 TVU reporter Heather Holmes was in Oakland, California, to report on a violent mugging that left a young woman hurt. According to people who live in the area, crime has become such a huge problem that they regularly witness car being broken into. „Three to four times a day we’re seeing people casing cars and breaking in,“ witnesses said. „We’re calling it in to the police every time and they are stretched very thin and so they often aren’t able to show up for at least half an hour.“

And to underscore how crime-ridden the area has become, Holmes discovered that while she was taping the live segment, her purse was stolen out of the news van … which was parked right outside the Oakland Police Headquarters! 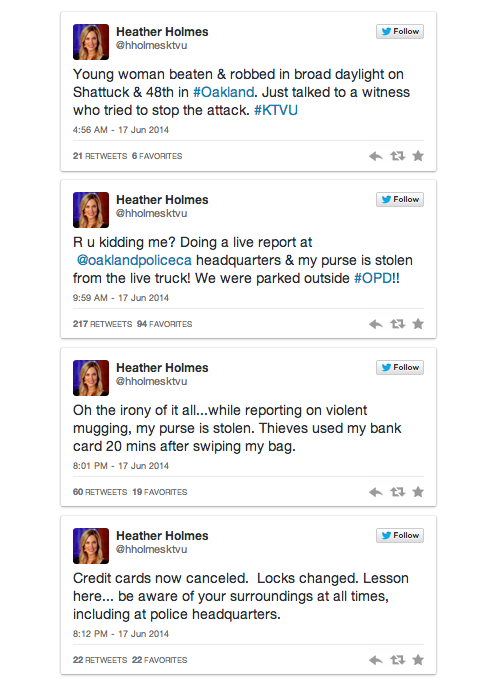