This is a shot from some convention of some Orion slave girl (although I’m not overlooking the possibly she’s just a human who painted herself green — hopefully with nontoxic stuff and not the kind they use to paint the sides of aircraft carriers) with a sign that reads ‚Kirk Was Here‘, implying Captain Kirk put a baby up in that. Can humans and Orions even produce offspring? You wouldn’t believe how many Google searches I just made trying to find out. SAD FACT: When you search ‚Can Humans And Orions Breed‘, Google asks if you meant ‚Can Humans and Lions Breed‘. No, Google, I sure as f*** did not mean that. 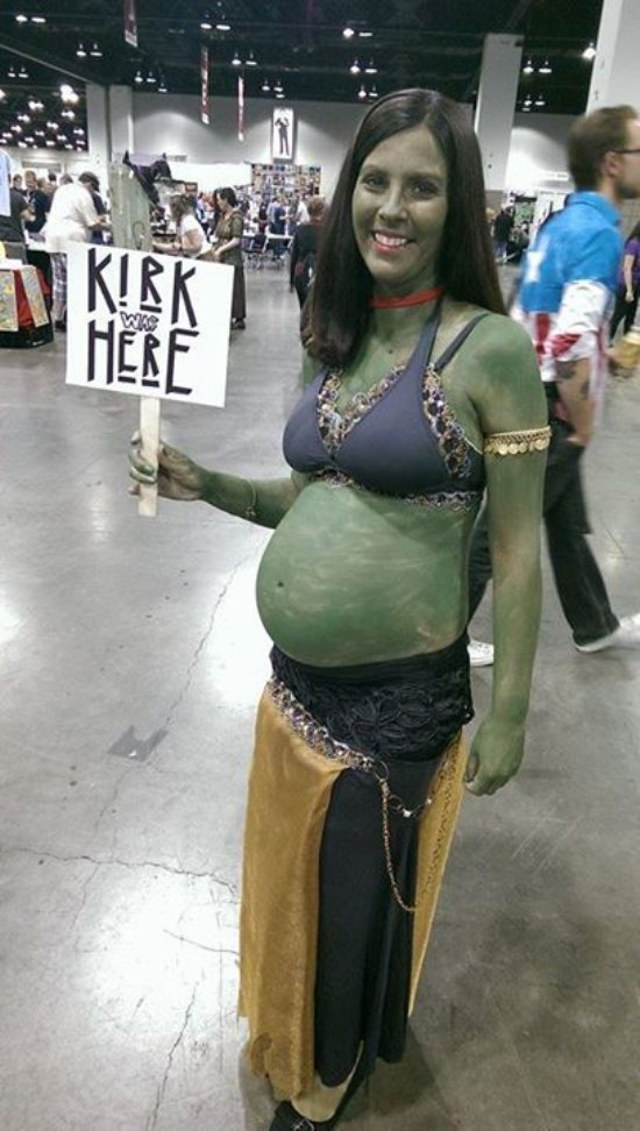