The two passengers in the car, male and female, both in late 20’s or early 30’s, were not harmed, only badly shaken up. They were both in shock but happy to be alive.
The car was not so lucky. From what we could see and hear, all the windows were smashed, the roof was badly dented and the entire top part of the car smashed.
All four tyres had been blown and the chassis broken. 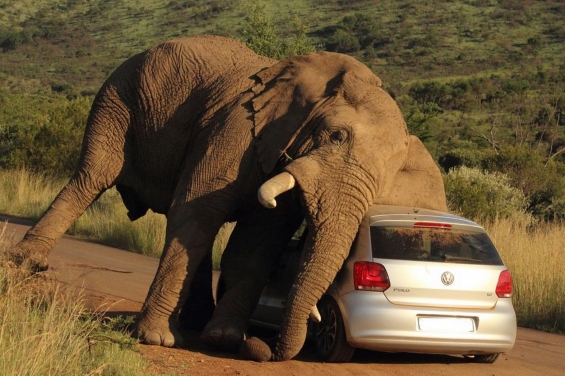