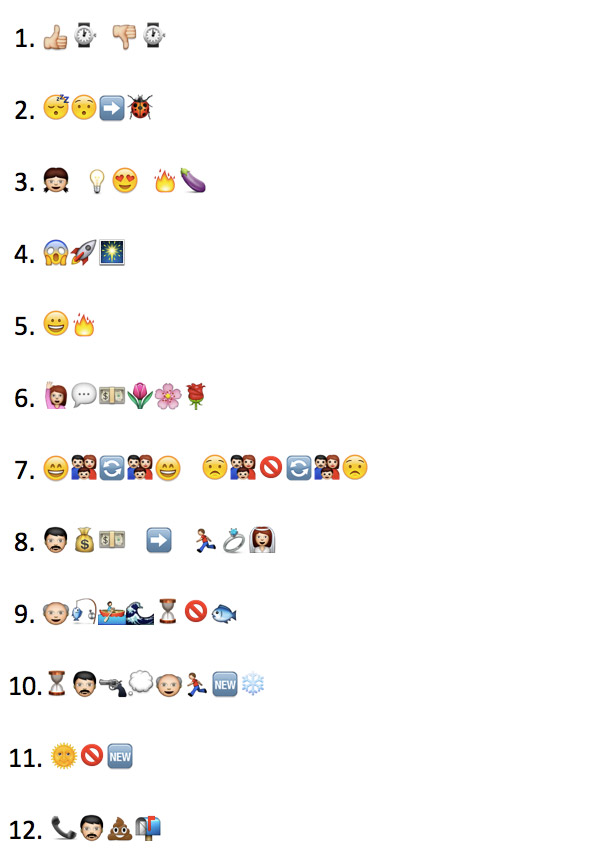 2.) “As Gregor Samsa awoke one morning from uneasy dreams he found himself transformed in his bed into a gigantic insect.” – Franz Kafka, The Metamorphosis.

4.) “A screaming comes across the sky.” – Thomas Pynchon, Gravity’s Rainbow.

6.) “Mrs. Dalloway said she would buy the flowers herself.” – Virginia Woolf, Mrs Dalloway.

7.) “All happy families are alike; each unhappy family is unhappy in its own way.” – Leo Tolstoy, Anna Karenina.

8.) “It is a truth universally acknowledged, that a single man in possession of a good fortune, must be in want of a wife.” – Jane Austen, Pride and Prejudice.

9.) “He was an old man who fished alone in a skiff in the Gulf Stream and he had gone eighty-four days now without taking a fish.” – Ernest Hemingway, The Old Man and the Sea.

10.) “Many years later, as he faced the firing squad, Colonel Aureliano Buendia was to remember that distant afternoon when his father took him to discover ice.” – Gabriel García Márquez, One Hundred Years of Solitude.

11.) “The sun shone, having no alternative, on the nothing new.” – Samuel Beckett, Murphy.