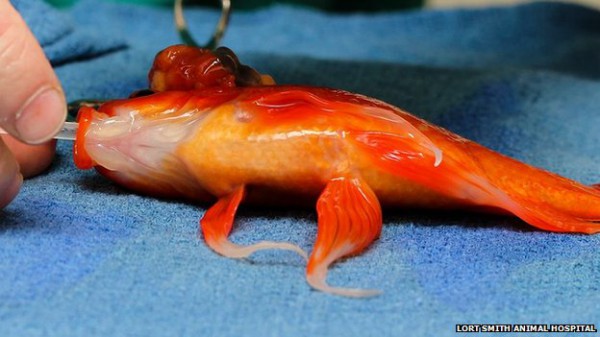 A goldfish in Australia is recovering from surgery after a life-threatening tumour was removed from its brain in a “high-risk” operation. George, whose owner lives in Melbourne, was put under general anaesthetic for the $200 (£125) “high-risk” procedure.

Dr Tristan Rich, who carried out the operation, told Melbourne’s 3AW radio station that the fish was now “up and about and swimming around”.