„A seat and table furniture concept based on the aluminium housing of the PowerMac G5 computer from Apple. The computers were produced over a period of almost 10 years in the outwardly identical form: a milestone in the development of the design.
Because they are simply too good to be disposed of, we have developed this “upcycling” project and develop…
The idea for the bench gave the initial impetus. A seat from a solid wood Board refers to the radius of the “Temple” of the housing and integrates so seamlessly into the overall shape.“ 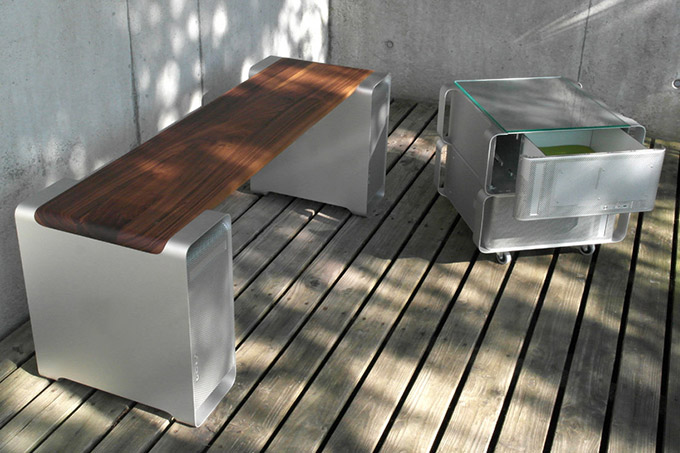 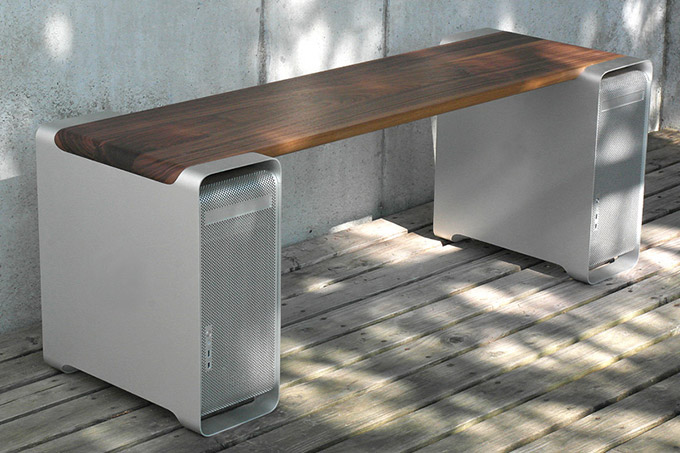