THE BEATLES VS. HIP-HOP LEGENDS: ‘An Adventure To Pepperland Through Rhyme & Space’ 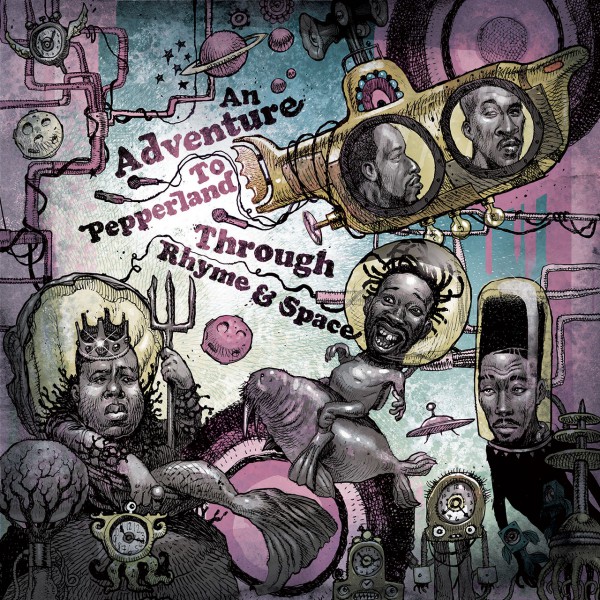 Having landed in hip-hop’s golden era, it seems the band set up and jammed in a makeshift studio with assorted rap legends. Which is when things got really trippy. And ill. In fact ill-trippy. Although, clearly, the Fab Four eventually got a ticket to ride back to ’64, the music forged in that time-out-of-time was thought to have been lost. Until now. This album reveals the band journeyed through the doors of perception much earlier than previously thought and worked with everyone from P.E. to Spoonie Gee, Tha Liks to Hieroglyphics and Large Professor to Salt n Pepa. Among others. Frankly, it’s a helter skelter ride from ‘mop-top hip-hop’ to ‘let it beats’ – or perhaps we should think of it as ‘blunted rappers mashed with drug-fried band’ which – after all – sounds much like an album title itself. There cannot be a single earthly reason for you not to turn on, tune in and download the music, the images, the ‘liner notes’and the instrumentals below in assorted formats. Get on it! Download links below (all download formats contain pdfs of the liner notes and cover art), plus hi-res cover art and Soundcloud preview players below that.