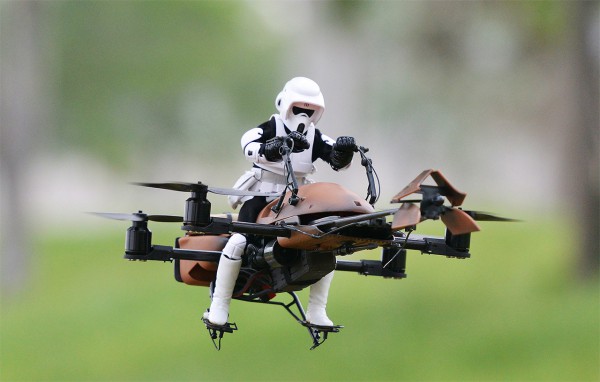 The body is from a 1:6 scale (or 12 inch) Hasbro Power Of The Force series Speeder Bike (if you do a deep nerd dive on wookieepedia its a “74-Z Speeder Bike” or “Imperial Speeder Bike”.) Hasbro did a ton of re-releases of toys from the 80’s (using mostly the same molds) when they released the special edition films in ’97. The particular one I have has a 1999 stamp on it. It was re-released several times with Scout Trooper, Luke, and Leia versions.

The old Hasbro toys are cool in that they are generally pretty light/hollow (plastic=$), and easy to take appart. Also while most of the shell is styrene, the skinny bits, that a kid would be most likely to break are made out of what I think is vinyl. So while it looks pretty delicate, it’s actually a pretty durable model for the weight. You can still pick them up on ebay for around $50.