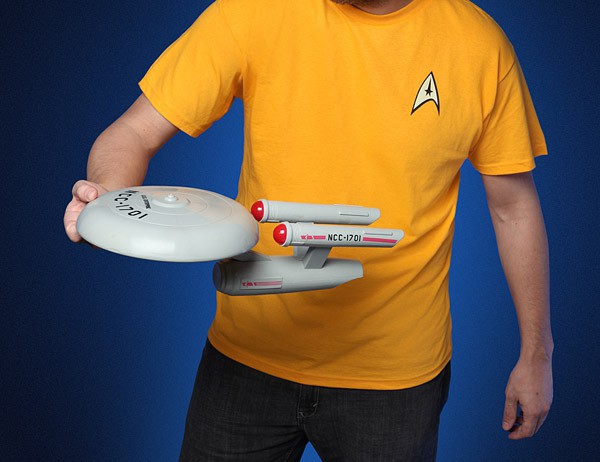 ThinkGeek has released a licensed flying disc that looks just like the classic U.S.S. Enterprise starship fromStar Trek: The Original Series. The disc comes equipped with a “saucer section that spins freely, and a secondary hull that actually stabilizes and flies behind it.” It is available to purchase online.