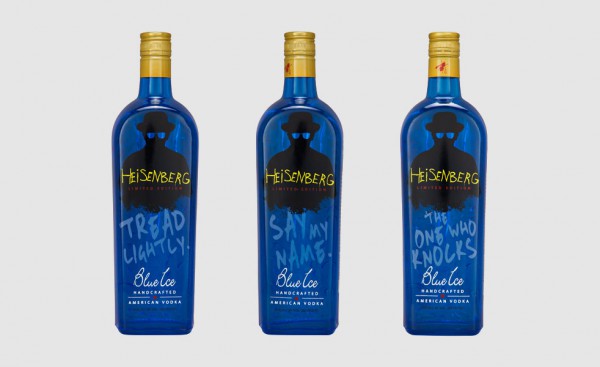 “The Dude had his White Russians, the Blues Brothers had their Night Train… and now Heisenberg has his very own Blue Ice Vodka!” said Vince Gilligan, Executive Producer and Creator of Breaking Bad. “I’m counting on our fans to use it in the creation of a great many delicious cocktails. I’m getting thirsty just thinking about it.”

Blue Ice Vodka is handcrafted in Idaho and made from premium, all-natural ingredients. Blue Ice Vodka uses continuous column distillation, combined with a patented five-stage filtration process making it among the purest products in the marketplace, today; leading to a gold medal at the 2014 San Francisco Spirits Competition and 94 points from the Beverage Testing Institute.