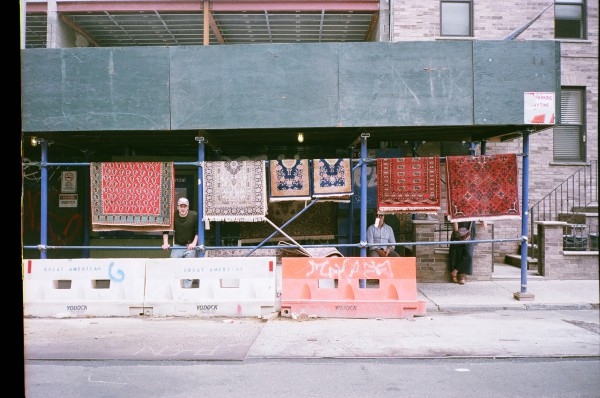 I started making most of the music that is found on „pomegranates“ before I had seen the movie or was aware of its existence.

The first song, for example, was made on one of the first fall nights of 2014. I had just returned from a year-long Darkside tour and was really happy to be back home. I was making music in my living room when a huge water bug started dancing on top of some cables on the floor. Instead of killing it, I decided to make music for it. I called the song „Garden of Eden“ because I slowly started seeing the little creature as my friend and helper, and my studio as a garden (with all the wires!). The next song was originally made for a TV show that I was asked to score. When it became clear to me that the show was not what I signed up for, I decided to part ways, which left me with hours of soundtrack music. I only used a dozen minutes

Hello friends. Here’s my album „Pomegranates“ for free. http://bit.ly/1e45wwv (read the little note in there!)