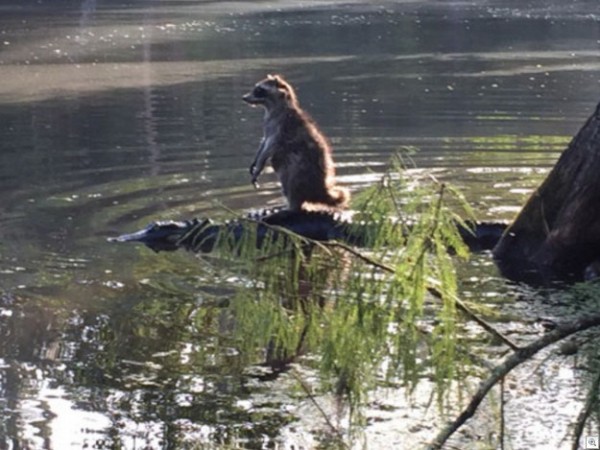 Richard Jones told WFTV in Orlando that he and his family were walking along the Oklawaha River watching alligators when his son walked through palm fronds to get a good picture.

Jones told WFTV that his son must have startled the raccoon, which he said then stumbled toward the water and hopped on top of the gator that was near the water’s edge.