Painted on a wall running along a railway track in Brooklyn, Dippie has taken the four Renaissance men and given them masks as worn by the Ninja Turtles who were named after them.

A fan of Renaissance art and the Teenage Mutant Ninja Turtles, Owen’s latest creation is also a matter of “respect.”

“I am a child of popular culture and am inspired by my heroes,” said Owen. “By involving them in my art I pay my utmost respect to them in the best way I know how.” 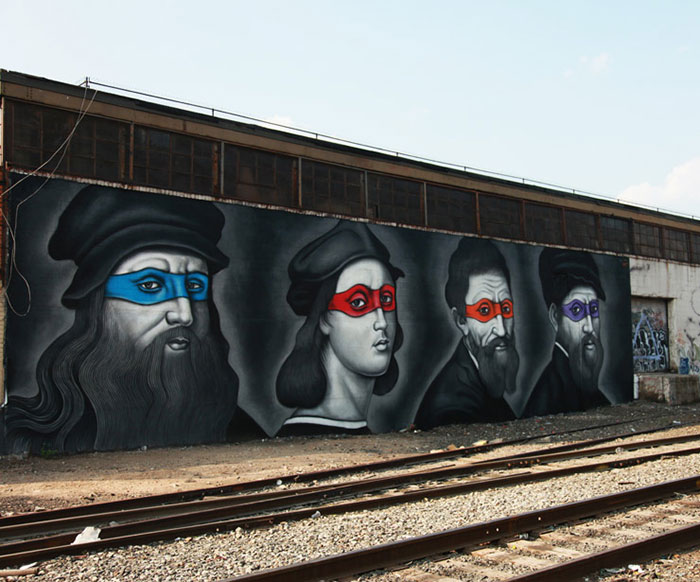