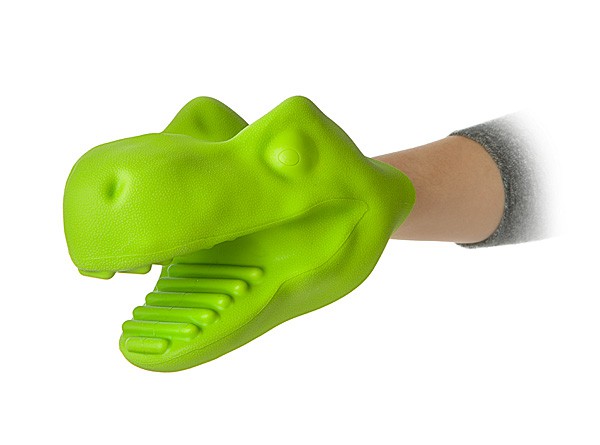 ‘Jurassic Park‘ taught us that dinosaurs are clever. So it’s only logical that they were the initial inventors of the chocolate chip cookie. Even carnosaurs couldn’t resist a little dessert after a nice dinner of That Other Dinosaur Over There. Trick is that for dinosaurs like the T. Rex their arms weren’t long enough to reach into the fire to pluck the baking cookies from the fiery depths. So they went in face-first. Every last one of them. Moment of silence, please.

Commemorate the extinction of the dinosaurs with this T. Rex Oven Mitt. It will ensure you get your cookies out of the oven unscathed. It fits most adult human hands (both lefties and righties), and the ridges (rrrrexes have rrrrridges) help you grip the pan. Also, we put a clip on ours, and it looks pretty cool hanging over our oven, as if it’s saying, “Back off. The cookies are ours.” 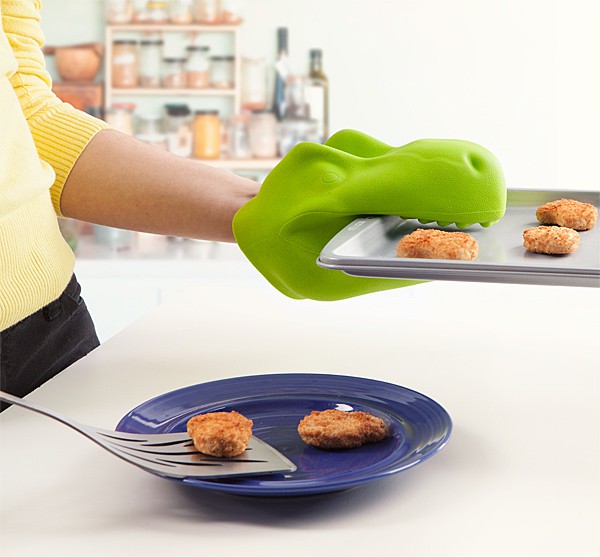