The brain scans revealed that trippers experienced images through information drawn from many parts of their brains, and not just the visual cortex at the back of the head that normally processes visual information. Under the drug, regions once segregated spoke to one another.

Further images showed that other brain regions that usually form a network became more separated in a change that accompanied users’ feelings of oneness with the world, a loss of personal identity called “ego dissolution”.

David Nutt, the government’s former drugs advisor, professor of neuropsychopharmacology at Imperial College London, and senior researcher on the study, said neuroscientists had waited 50 years for this moment. “This is to neuroscience what the Higgs boson was to particle physics,” he said. “We didn’t know how these profound effects were produced. It was too difficult to do. Scientists were either scared or couldn’t be bothered to overcome the enormous hurdles to get this done.” 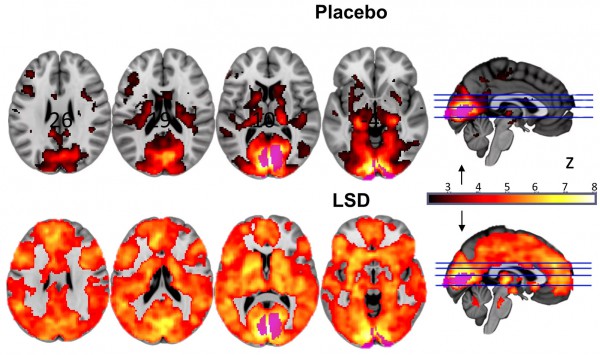